Ever wondered about the market share of web servers on internet? If not, think about it. Why? because depending on the growth patterns of servers, you  can make smart decisions to learn skills related to the server which can give you most exposure in times to come.

Let's start the analysis of web servers based on Netcraft survey..

The number of nginx based web servers increased by 83,000 in August 2020, which means that - for the first time - nginx is in use by more web servers than any other web server, including Apache. This is another milestone for nginx, and reflects its impressive growth in recent years.

Nginx captures a whooping 36% market share which seems to be growing as times to come... 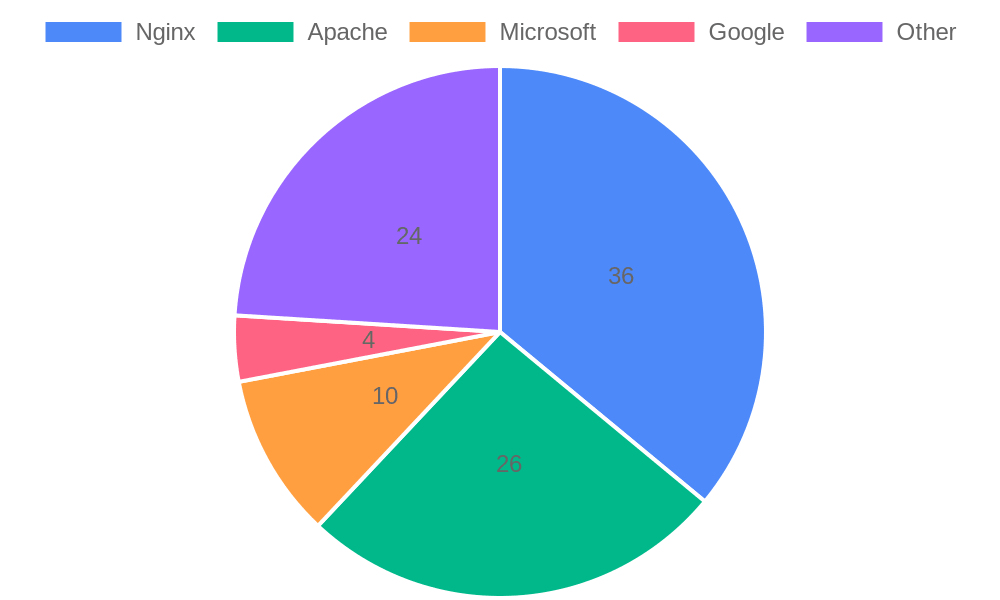 Which Web Servers are included in Others?

Above chart also shows that other web servers have a market share of around 24%, that's a big number. Lets find out some of the open source web servers which are included in others share.

So what does this Web Servers market share mean for us?

We can conclude one thing for sure i.e. Nginx is showing better growth potential than other web servers. Although Apache has been one of the most widely used web server on the web, Nginx has surpassed it.  There is a whooping 36% share which is captured by Nginx which keeps on growing.  So, decide for yourself which technology which give you a longer returns on your investment.  In-case, you want to learn Nginx, you can click this link to get started.  All the best!

How to Use Sessions Correctly for Persistent Login?

How to add custom folders to one drive?